When I use the term Press Camera I am using it to indicate the various large and medium format folding cameras which were popular with press photographers during the mid part of the 20th century. You’ve seen them in all sorts of old news footage and hundreds movies set in the 1940s. The press camera is typically depicted with a big flashbulb and used by a man in a fedora.

My Own Press Camera Use

In 2002 I purchased by first press camera, a Burke & James 4×5 Press, and fell in love with the style of camera. The Burke & James was a nice simple press camera. I shot with it for a year and a half until I broke its back on memorial day 2004. Instead of looking for replacement parts to repair the B&J, I ended up buying a 4×5 Anniversary Speed Graphic to replace it. 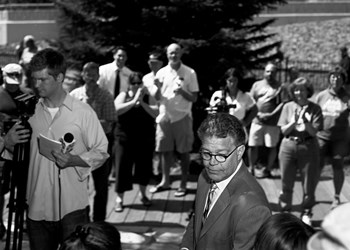 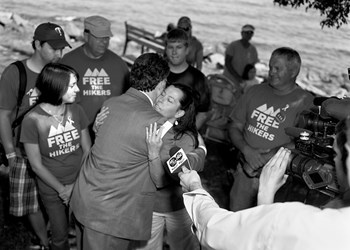 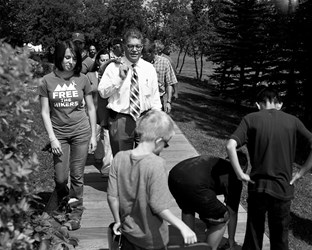 Al Franken and Some Kids

The Photography Flubs in Babylon Berlin 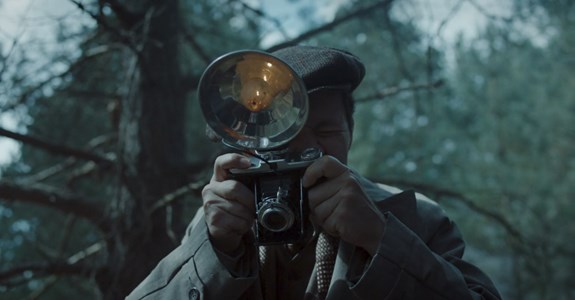 The Photography Flubs in Babylon Berlin

Published March 11, 2018 in Photography in Movies and Television.

A few things that are wrong with the photography depicted in Babylon Berlin.

Weegee The Photographer As A Baby 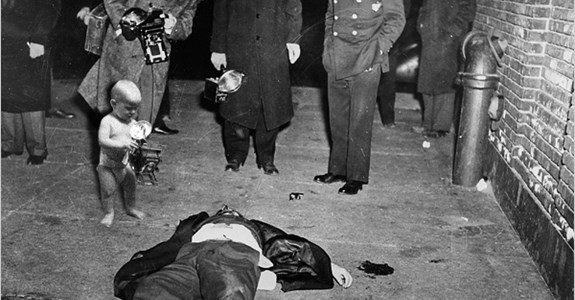 Weegee The Photographer As A Baby

Weegee the photographers as a Baby? I imagine this is how it would look. 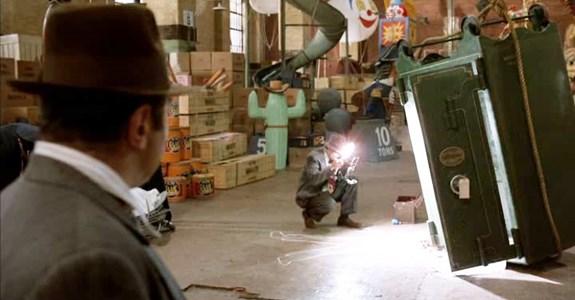 Published November 4, 2010 in Photography in Movies and Television.

Screen captures of every instance of a Speed Graphic type large format press camera in film or television that I can get my hands on.

Medium and Large Format Cameras in Film and Television 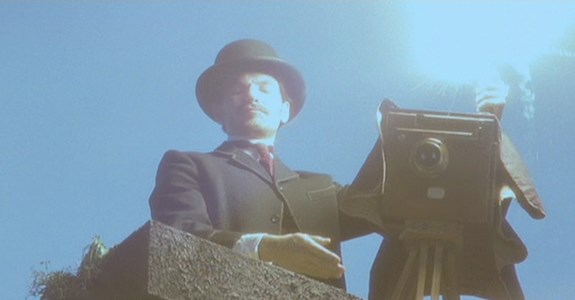 Medium and Large Format Cameras in Film and Television

Published September 25, 2010 in Photography in Movies and Television.

Looking for the use of medium and large format camera equipment in movies and television. 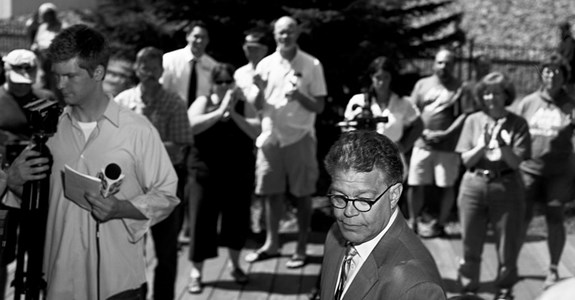 Al Franken came to Duluth. I got photos. 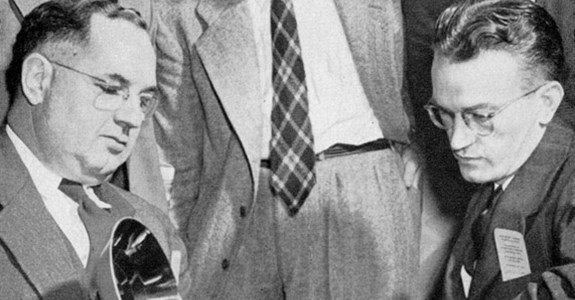 Although they have been obsolete for some time, does the large format press camera still have influence over people? 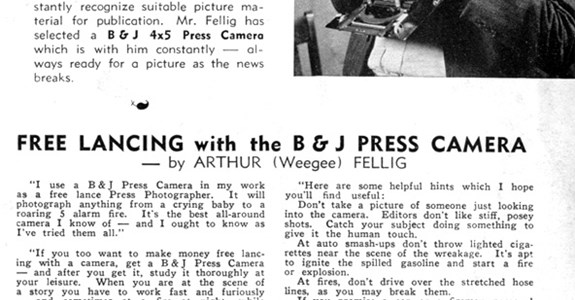 Reproduction of the Burke & James Press Camera user manual, and some useful tips about freelancing by Weegee the Famous.

Spotting a Speed Graphic camera in the last music video I'd expect to see one.

Graflex: A Team That Can't Be Beat! 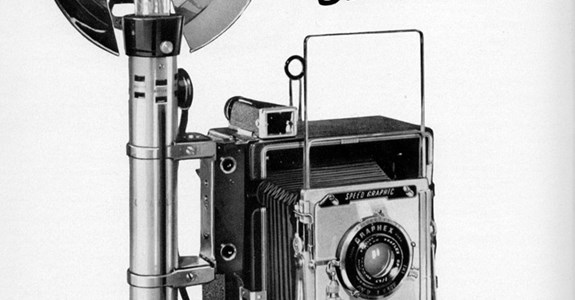 Graflex: A Team That Can't Be Beat!