The Modern Mamiya 6, as opposed to the older Mamiya 6 folding cameras, is one of the finest medium format cameras ever made. I don't feel like I need to go into a lot of the basic functional details of this camera as information about is commonplace on the internet. What I will do is discuss a few scenarios related to this camera that I've had to deal with.

One of the neat features of the Mamiya 6 is that like the older folding medium cameras that came before it; the lens can collapse into the body to make it more compact for storage. While on the outside the camera looks modern with the plastic shell between the lens and body, on the inside is a set of bellows like the cameras of old.

This shell is a neat little feature that not only gives the camera a modern appearance but also provides some protection against damaging the bellows.

But don't be fooled, the shell over the bellows does not make the camera light tight.

When I got my Mamiya 6, I was seeing odd flaring on many of the negatives. A little inspection of the inner cloth bellows revealed a small tear along one of the folds.

This leak was an easy fix though. A little piece of black crepe tape over the ridge that was tearing has put an end to the light leak.

Another little quirk I've experienced with this camera is occasionally after taking a photograph is that the film advance won't unlock. This issue ends up making it impossible to use the film advance lever to move to the next frame.

If this happens, there is a small manual release button just below the lever on the right side of the body. Pushing it with a paperclip, or other little tool frees the advance mechanism back up and allows me to keep photographing. I now keep a paperclip in my wallet just in case this happens while I am out and about.

How to Load the Mamiya 6

I made a handy video to show how to load the Mamiya 6, just in case you need to know how to do that.

In September 2018 I posted an infomercial style failing really bad at doing something simple outtake from the loading video to a large film photographers group on Facebook. Boy did some people get upset. 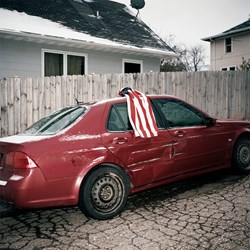 Car With a Flag on It 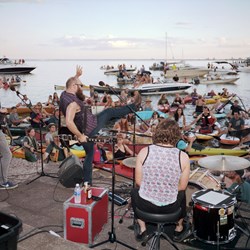 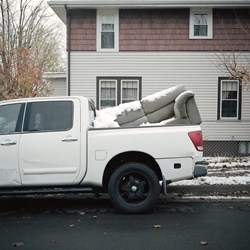 Couch Caught In The Snow 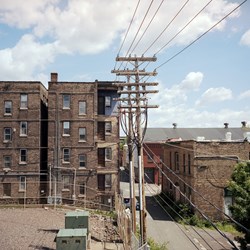 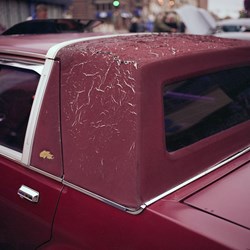 The Woman Who Just Had To See My Camera The Woman Who Just Had To See My Camera

A story about a conversation about my Mamiya 6 that was eavesdropped on.

where on the negative did you show a light leak and where exactly did you place the tape? I'm having trouble locating a light leak on my mamiya 6 mf. Any info would be appreciated.